With the election of Donald Trump, we enter uncharted territory that extends beyond financial markets. Will the new President really order the building of a wall across our Southern border? Will he introduce legislation that will nullify the Affordable Care Act—and if so, what happens to those Americans with pre-existing health conditions?  Are our allies abroad really going to have to renegotiate their trade and security arrangements with the world’s superpower?  Do taxpaying non-citizens who have children born in America have reason to fear deportation? Perhaps the coming weeks will provide some clarity.

As we look to the financial implications, it is helpful to remember that market gyrations are almost always bad times to trade, and particularly to sell. We have months before the new president takes office.  Traders and analysts have plenty of time to settle down between now and the first 100 days of the Trump presidency, and evaluate whether America’s corporations are, indeed, worth much less than they were before election night.  The safest bet you can make is that they’ll be unusually jumpy for an extended period.  But in the end, the intrinsic value of stocks doesn’t change with the occupant of the White House.

One of the more interesting things to watch out for is a tax reform proposal sometime in early 2017. Along the campaign trail, candidate Trump proposed simplifying our taxes down to three ordinary income tax brackets: 12% (up to $75,000 for joint filers), 25% ($75,000 to $225,000) and 33% (above $225,000).  The wish list includes a doubling of the standard deduction, with itemized deductions capped at $100,000 for single filers; $200,000 for joint filers.  Capital gains taxes would be capped at 20%, federal estate and gift taxes would be eliminated and the step-up in basis would be eliminated for estates over $10 million.

However, one should remember that these proposals were made before anyone imagined that Americans would elect an undivided government, with the Presidency, the House and Senate all under the control of one party. The next four years—indeed, the first 100 days of the new Presidency—represent an opportunity for the Republican party to do something much more ambitious than simply tinker with our nation’s tax rules.  Influential Republican leaders—including House Speaker Paul Ryan—have reportedly been planning for some years to rewrite our nation’s tax code.

What, exactly, would tax reform look like? At this point, we simply don’t know.  The goal would be tax simplification, but the bet here is that whatever form this takes will add thousands of pages to the current law.

At GW & Wade, we always try to take the long view, and then advise our clients given our best thinking. And we have stated in previous blogs, Brexit and Your Investments: GW & Wade Advisors Weigh In and GW & Wade's Viewpoint on Market Volatility, if you’re working with a GW Wade Counselor, your portfolio should already be built to account for up and down markets, and to accommodate your risk tolerance in the context of events like this one. History teaches us that despite periodic downturns, investors who maintain perspective typically enjoy positive returns over the long-term.

We are here to help, and we welcome your inquiries anytime.

Views expressed are as of the date indicated, based on the information available at that time, and may change based on market or other conditions. The Information and opinions above are not intended to represent specific investment or professional advice.  No client or prospective client should assume that the above information serves as the receipt of, or a substitute for, personalized individual advice from GW & Wade, LLC, which can only be provided through a formal advisory relationship. 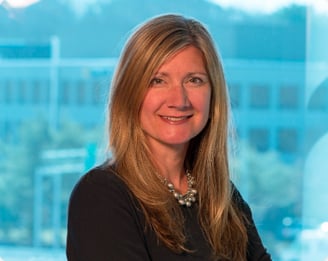 What are Alternative Investments?

Tax Season is Over, Long Live Tax Season! (Or should we say, long live tax planning?)